Davie Man Killed in I-595 Collision 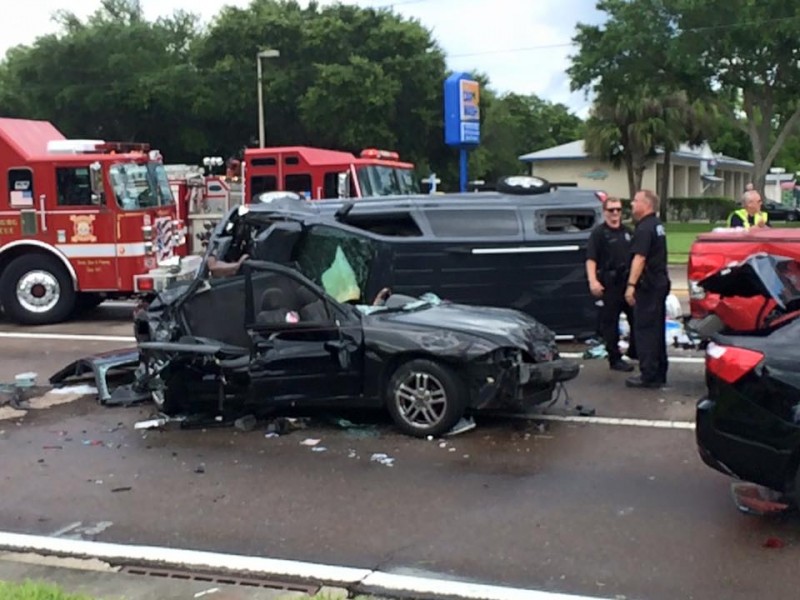 A multi-vehicle crash killed one person and injured a child Monday afternoon in St. Petersburg.  Police officials confirmed that seven vehicles were involved in the incident.  In addition to the fatality, five others, including a child, were injured.  A bystander pulled the child out of one of the vehicles just before first responders arrived.

According to police, Terry Crawford, of Huntsville, Alabama, was travelling southbound on 34th Street in his 2008 Chevrolet Uplander at a high rate of speed.  At that time, several other vehicles that were involved in the crash were all stopped in the southbound lanes for the red light located at 38th Avenue South.

Crawford was unable to slow his vehicle in time and skidded an estimated 140 feet before striking the first car.  Crawford was also partially ejected from the vehicle and was pronounced dead at the scene.  That initial strike caused a chain reaction involving the other vehicles.

While operating a vehicle it is important to not only adhere to posted speed limits, but also to observe prevailing traffic conditions and to maintain adequate distances between your vehicle and those in front of you.  Many rear-end accidents are avoidable, and are needlessly caused by speeding, following too closely, or a combination of the two.

For further information or discussion on this topic or any other, feel free to contact the Schulman Law Group at (954) 349-3300 or at info@www.schulaw.com